Now you might be thinking by the title I’m going to talk about the stars or the cosmos or Halley’s Comet…..

That’s not the connection of which I speak.

The other night on the Discovery Channel, they aired a made-for-TV movie called The Challenger Disaster.  My husband DVR’d and we just finished watching it tonight.

It is the story of the investigation that occurred after the Challenger exploded 73 seconds after take-off.  This was the mission in which, teacher,  Christa McAuliffe was riding, on the “field trip of a lifetime”. 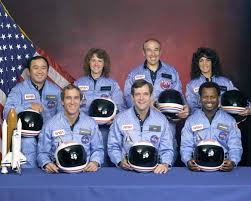 I do – I was in 8th grade and a classmate named Chris had been in the library and came barging into the classroom exclaiming “the shuttle blew up!”

I can remember it clear as day.

Our teacher, Mrs. Longoria, then wheeled in a TV on those big rolling stands and we watched the news coverage of the explosion.

OK – jump ahead seventeen years – the United States is faced with other shuttle disaster.  This time it is Columbia who explodes on reentry.

I remember that day too – it was a Saturday morning and I was watching the news as I was getting ready to attend an all day class on Quickbooks at my local community college.  I had just started my small business and needed help learning this accounting software.

My birthday is January 30th.

Two days after Challenger and two days before Columbia.

PS -Oh – one more thing –  the first boy I ever kissed now works at NASA ….not really a connection to anything really – but I think it is pretty cool that I can say I know someone who works at NASA.